More Murdoch All The Time: Mogul & Monarch in the Strib 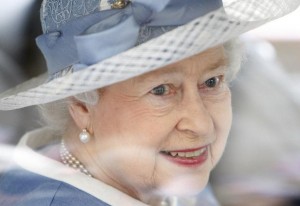 For many years before my son moved to the Twin Cities, I subscribed to the Minneapolis Star Tribune’s daily news feed.  Besides good reporting – the Strib is one of the last redoubts of investigative journalism – the paper’s editors have real wit.

This afternoon, the Strib ran an excellent AP story on the spreading Murdoch scandal and the shock it has administered to British society.  Accompanying it is a completely unrelated photo.  Or is it?

The photo, a lovely one, is of the Queen taken by AP photographer, Akira Suemori.  Here’s the caption:

Britain’s Queen Elizabeth II is seen through a car window as she leaves St Paul’s Cathedral in London, Tuesday, June 21, 2011, after attending a service to celebrate its Tercentenary.

The St. Paul’s whose outline every tourist knows arose on the foundation of a much older cathedral destroyed in the Great Fire of 1666.  The new cathedral, one of the great buildings of the world, took 50 years to plan and build.

The new St. Paul’s survived what’s been called the Second Great Fire, the blitz of 1940.  A famous news shot of the time captured it against the fire and smoke of its surroundings.

I find it easy to see a message in the Strib’s juxtaposition of a serene monarch and a savage mogul.  We will survive even this.

But St. Paul’s emerged from the Great Fire and survived the second through the enormous efforts and sacrifices of thousands of people.  Merely surviving the current Murdoch revelations is not enough.  We will lose something of our essence if we don’t expend the same energy and resources that built and saved St. Paul’s to purge this poison which spreads far beyond invasions of privacy.

Postscript 2011/07/12 at 06:40:  Based on the experience of the past 11 years with the Bush II and Obama Administrations, it seems unlikely any but very small fish will find themselves prosecuted.

Criminal prosecutions in cases of this type were very difficult even in the Clinton Administration and before because the defendants invariably have much greater resources and more experienced counsel than either the federal or state prosecutors.  Today, the situation is far worse for agencies charged with enforcing laws.

The bumbling efforts to reach a ‘resolution’ of the mortgage fraud cases affecting millions of borrowers — and homes — reveal how badly starved these agencies have been and continue to be.  There is no hint even one significant figure in the financial debacle will be prosecuted.  After ten years of continually diminishing budgets, they are inadequately staffed and primatively equipped.  The last thing state or federal prosecutors want to do is take on a case like Murdoch’s or BoA’s.

Instead, like Chicago’s US attorney, Patrick Fitzgerald, prosecutors will focus on somewhat corrupt politicians and peace and freedom types.  On them, they can use SWAT teams.  Such defendants are the mirror of corporate defendants:  underrepresented and inadequately resourced.  These, even today’s prosecutors can win.  (See my posts here and here on civil liberties and the Obama Administration.)

This is justice in a Grover Norquist world, where policy dictates reducing government to a size it can be washed down a bathtub drain.