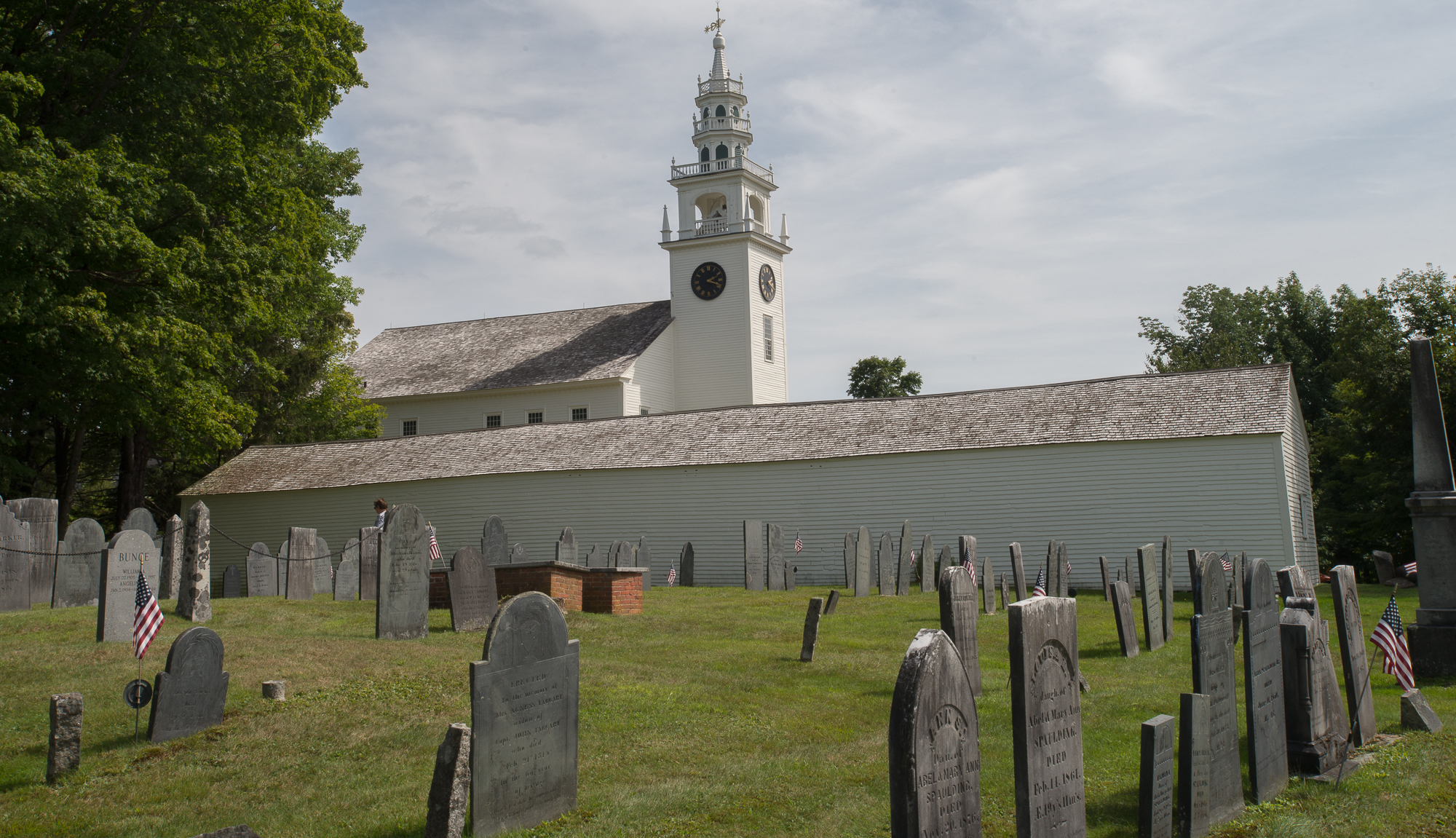 Two black slate headstones (pictured below) in the Jaffrey, NH, Old Burying Ground look from a distance just like others from the turn of the 19th century. But below the conventional willow-draped urn, the one on the left says:

SACRED
to the memory of
Amos Fortune
who was born free in
Africa a slave in America
he purchased liberty
professed Christianity
lived reputably and
died hopefully
Nov. 17, 1801
Aet. 91

Four inches to the right of Amos Fortune’s stone is one that reads:

SACRED
to the memory of
Violate
by sale the slave of
Amos Fortune by
marriage his wife by
her fidelity his friend
and solace she died
his widow
Sept. 13, 1802
Aet. 73

These inscriptions – astonishing even to one who has walked a lot of graveyards – have piqued the interests of other writers. In particular, Peter Lambert has published a fine monograph on what is recorded of Amos Fortune. (This post relies on Lambert.)

Fortune had an interesting life and continuing legacy. Lambert rewards reading, especially on the social relations in small town New England 200 years ago. For instance, the man reputed to have composed the headstones’ inscriptions served Jaffrey as its Congregational pastor for more than three-quarters of a century.

His years in bondage appear to have been served mainly in Woburn, Mass., nine miles from downtown Boston. Thus, ‘Fortunatus’ as he was originally dubbed is a vivid reminder of slavery’s acceptance in colonial New England.

Fortune’s life spanned the Revolutionary era and the first decades of the new Republic. Just under two-thirds of his exceptionally long life were over when in 1770 he bought his freedom. Since life expectancy at birth in 1800 in the Americas was under 40 years, I reckon it says much about life as a bondsman that freedom was worth a significant cost at 60.

Perhaps most astonishing is Fortune’s success as a craftsman, a tanner. In 1778, he bought for £50 and then married a widow. She died within a couple of months. In late 1779, he bought – again for £50 – Violate’s freedom and married her.

Not long after his second marriage, the two removed to Jaffrey where Fortune was a successful, respected tanner for two decades until his death. He left legacies that supported his widow, contributed to the library and paid for a pewter communion service for his church.

By these gages Fortune’s life, though largely forgotten, was one that mattered across the four decades for which there are documents. It continues to speak to Americans 21 decades after his death.

Thanks to old friend Bill Raymond who invited me to Jaffrey and introduced me to town historian, Robert B. Stephenson. Together, they showed me the Old Burying Ground. (See Stephenson’s video introduction here.) A picture of Stephenson’s headstone accompanies this post. It is to be hoped that he will long be around to prove the angel is his portrait and that his adjournment sine die is but a rumor.