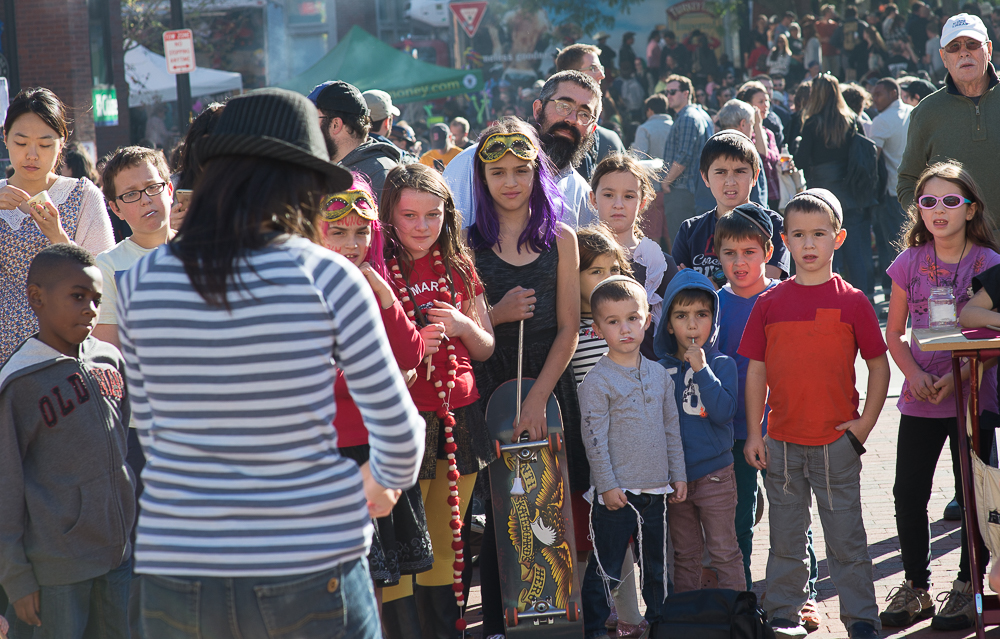 Since early summer, children and families falling through holes in the safety net have kept reporters busy in Massachusetts and Vermont. Neglect and murder, the horror stories never end. Nor does the hand-wringing by those whose budget pens have kept ‘lean’ state agencies dealing with such problems.

In September I read Robert D. Putnam’s important new book, Our Kids: The American Dream in Crisis (2015). He takes as his benchmark how children were treated in Port Clinton, Ohio, in the late 1940s and 1950s. (Of Our Kids, more another day.)

A week ago, an old Ohio friend, Judge Jennifer Sargus, posted an article on FaceBook about the picture accompanying this note. That article led to another, both written by Vanessa Renderman, a fine reporter and columnist for the Times of Northwest Indiana.

On June 23, Renderman wrote of the photo:

It was published in The Vidette-Messenger of Valparaiso [Indiana] on Aug. 5, 1948, with the caption, ‘A big “For Sale” sign in a Chicago yard mutely tells the tragic story of Mr. and Mrs. Ray Chalifoux, who face eviction from their apartment. With no place to turn, the jobless coal truck driver and his wife decide to sell their four children. Mrs. Lucille Chalifoux turns her head from camera above while her children stare wonderingly. On the top step are Lana, 6, and Rae, 5. Below are Milton, 4, and Sue Ellen, 2.’”

Over the course of two heartbreaking articles, Renderman tells what happened to the four children and their birth mother over the next 65 years: ‘Sold off siblings in old photo tell their stories’ and ‘Woman in “children for sale” photo dies’. I can’t summarize them. You must read them.

Suffice it to say, unlike the kids in Port Clinton, adults did not intervene to rescue the Chalifoux children. Despite the picture’s wide circulation, welfare agencies took no notice. Two endured Dickensian childhoods. For significant numbers of Americans, there has never been a golden age of caring.

And, the problems when they’re addressed prove unsolvable as general matters of policy. As Michael Levenson reported in yesterday’s Boston Globe (‘Children, families put in new balance’), Massachusetts Governor Charlie Baker’s fiat that the Department of Children & Families ‘will focus on one major objective: to keep kids safe’ creates its own problems.

Said Mike Dsida, deputy chief counsel at the state public defender’s office, ‘It’s always about balancing the risks, and the risks aren’t only on one side of the equation. Children don’t always thrive in foster care with strangers.’ So the Chalifoux children would argue.

The unjustly lampooned title of Hillary Clinton’s book on making a better life for children has it right: It Takes a Village (1996). Those around them have to be aware and care. That’s the message of Robert Putnam’s justly praised Our Kids.

It takes judgment of a particularly delicate – and imprecise – type. Linda Herrick Swisher who fact-checked Renderman’s articles for the Times of Northwest Indiana, said:

You have to be sensitive to the people who are mentioned in the records that you’re looking for and you have to realize that, although you may find answers, they may not be the ones you want. And there may not be the happy ending you envisioned.

It also takes courage. In August, a woman who’d had her three children taken from her care allegedly killed three of her cousins who’d complained to the Vermont Department of Children & Families and the social worker who’d handled the custody case.

So, indeed, it takes a village. It takes individuals who make agonising, sometimes brave decisions. It takes a polity willing to vote for leaders who invest in human welfare. Surely, our kids are worth that.