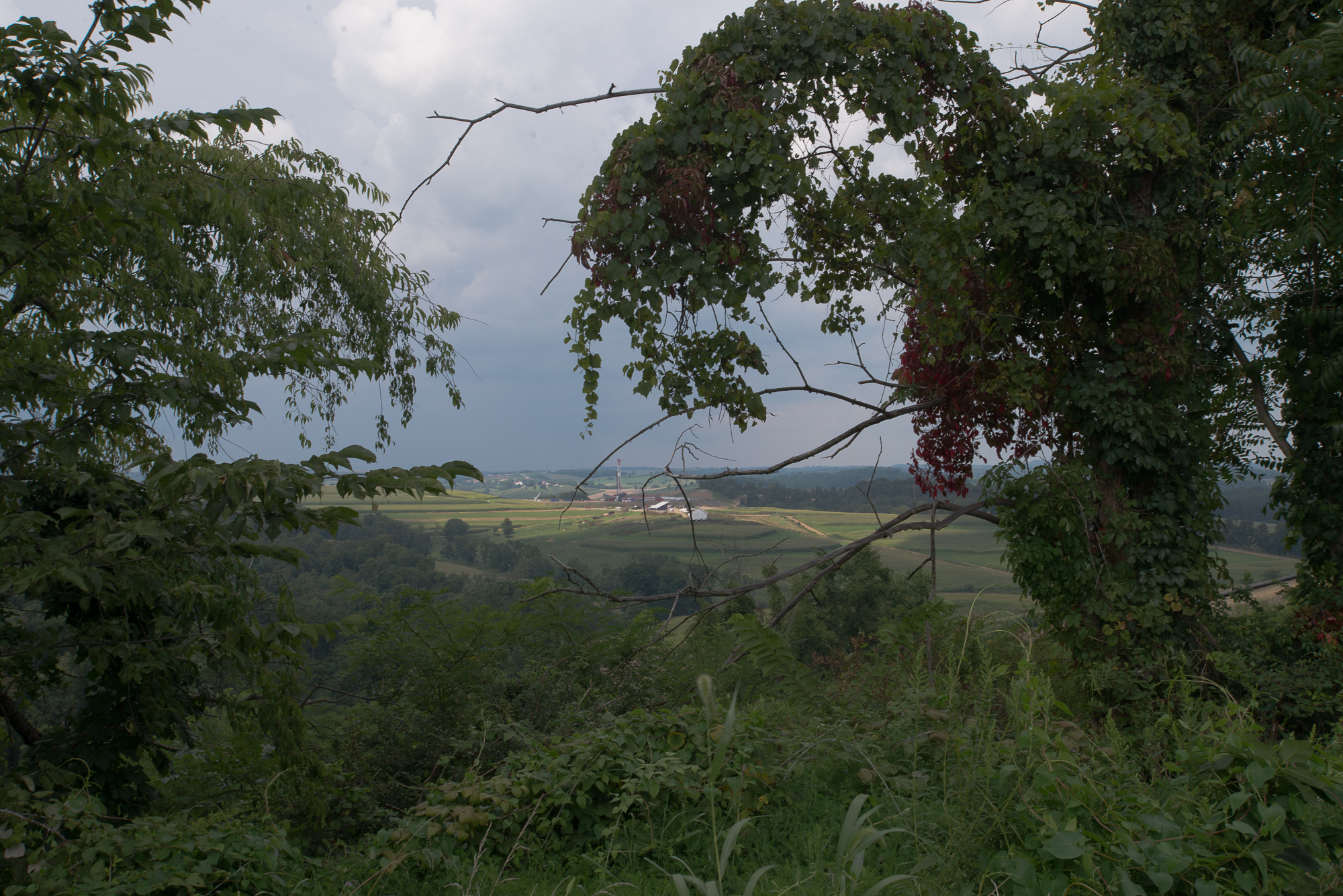 The Century Inn Burns Down

Last week, fire gutted the Century Inn in Scenery Hill, Washington County, Pennsylvania. Built between 1788 and 1794, it was still serving great country cooking three years ago when I last visited it. (I wrote about an earlier visit here.)

Then, a restaurant, a B&B, a local tavern: its low-ceilinged, narrow rooms held a wonderful collection of the stuff of life as it has been lived in the farm and coal country 30 miles south by southwest of Pittsburgh.

It sits on the National Road, now US Route 40, which there runs atop a long steep ridge offering long views of the expanse to the north and south. Until the Erie Canal, it was the early nation’s most important east-west connector. And in various forms, it remained vital until today. Interstate 70 parallels it.

I feel a strong connection to the Century Inn. It was seven miles or so from the farm and grist mill my Kinder ancestors ran in the 1780s and early 1790s. Kinder Road intersects the National Road .2 miles east of the Inn. However, no tradition or record connects them to the Century Inn.

Nor was the Inn, apparently, connected to the Whiskey Rebellion (1793-94) which, according to family tradition, propelled my ancestors to become western Ohio Sooners by 1798. This brief, hapless fight against a tax on the region’s lifeblood was a portent of the political struggles that led to the Civil War. Its heritage persists today.

However briefly (a generation probably), my ancestors knew this spine of the early Republic. Wagons and carts to and from their farms and mill would have used the road that would become the National Road. A cousin drove cattle east for sale in Philadelphia.

Today this corner of southwestern Pennsylvania is depopulated, poor. Around Scenery Hill, some farming continues. Hints of coal mining are scattered about. Just to the east on the National Road – two summers ago on my last visit – a fracking rig dominated the middle distance in the long view north.

I wish the proprietors of the Century Inn all the best in their efforts to restore it. It deserves to be saved, as does the Republic whose progress it’s witnessed.