The Economy, The Deficit & Jobs: The President’s Max Bialystock Moment

‘It’s the economy, stupid!’  That phrase widely attributed to Bill Clinton in his successful 1992 campaign spotlights what’s been wrong with our past two Democratic presidents.  They substituted in their minds a mushy, two-word concept – ‘the economy’ – for one, four-letter word – ‘jobs’. 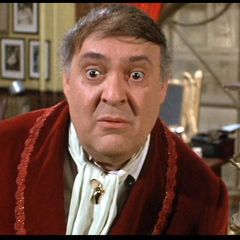 Zero Mostel as Max Bialystock in ‘The Producers’ (1968)

Nothing else matters except jobs.  Nothing.  People out of work can’t care much about sustainability or the arts or social justice or anything except who’s hiring.  Especially as the weeks of their jobless benefits fly by….

No jobs, no progress.

So as the stock market swooned – of which more in a later post – the President spoke to the nation about ‘the economy’.  Here’s what Politico.com carried in part a little after 3 p.m.:

“Our challenge is the need to tackle our deficits over the long-term,” he said, and the best ways to do so are to combine the “historic cuts to defense and domestic spending” hammered out in last week’s debt ceiling deal with new tax reform and “modest adjustments” to programs such as Medicare.

Citing plans proposed by the Simpson-Bowles commission, the Senate’s Gang of Six and the “grand bargain” that he and House Speaker John Boehner (R-Ohio) tried to push forward to raise the debt ceiling, Obama said “it’s not a lack of plans or policies that’s the problem here.” Rather, he said, “it’s a lack of political will in Washington.”

His hope, he said, is that S&P’s downgrade “will give us a renewed sense of urgency” as a still-to-be-formed congressional super committee prepares to begin its work on a deficit reduction plan.

Obama also used his speech to call on Congress to extend the payroll tax cut and unemployment insurance. “These aren’t Democratic proposals,” he said. “These aren’t big government proposals. These are all ideas that traditionally Republicans have agreed to, have agreed to countless times in the past. There’s no reason we shouldn’t act on them now. None.”

The Boston Globe destroyed the third of the last three Democratic presidents, Jimmy Carter, by headlining an editorial on one of his statements, ‘Mush from the Wimp’.

In his defense, it’s hard to see how President Obama can get himself out of the policy fix in which he’s put himself and us.  He has staked everything on deficit reduction and shrinking government:  an economic strategy that has never, anywhere produced the jobs which result in the demand that restores social and economic health.

In my mind’s eye, I see not Barack Obama but Zero Mostel, as Max Bialystock in ‘The Producers’ (1968), rubbing his left cheek with the remnants of his partner’s pink security blanky while moaning, ‘No way out, Leo.  No way out.’