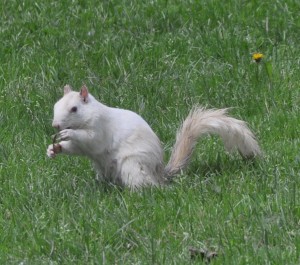 With almost a full 11 suspended for three games or departed, it’s fortunate their next two opponents are in-state power-houses, Toledo and Miami of Ohio.  For a state that’s reeling from hard economic times, it’s important to cash at home those six figure checks for taking a beating.

This opening day is a good time to recall OSU President Gordon Gee’s comments to the Associated Press late last fall when it looked as if Boise State might go undefeated and lay claim to a BCS slot:

“Well, I don’t know enough about the Xs and Os of college football,” said Gee…. “I do know, having been both a Southeastern Conference president and a Big Ten president, that it’s like murderer’s row every week for these schools.  We do not play the Little Sisters of the Poor.  We play very fine schools on any given day.  So I think until a university runs through that gauntlet that there’s some reason to believe that they not be the best teams to [be] in the big ball game.”

A couple of weeks ago, President Gee atoned for his slander by visiting a home for the elderly operated by the order in Oregon, Ohio.  According to the Associated Press,

Gee admitted Wednesday that he knew nothing about the Little Sisters or their mission of serving the elderly poor at about 30 homes nationwide. He said his wisecrack turned out to be a good thing because it’s helped promote the good work of the sisters.

“This is God’s work here,” he said, adding that he’d like to see Ohio State students and alumni volunteer at their facilities. He sent a personal check to the Little Sisters of the Poor last fall.

“Out of inadvertent humor can come great deeds,” he said.

Gee shook hands with residents in wheelchairs, including those dressed in rival Michigan shirts and hats, and signed autographs for those wearing Ohio State jerseys while touring the home.

His visit was even bigger than bingo day, said activities director Rosanne Kalinowski.

‘He later stood next to Mother Cecilia Mary Sartorius, the home’s administrator, who gave him a hug and whispered that he was forgiven. “Does everyone hear that I’m forgiven?” he shouted. “My day of penance is over.”‘

To seal the deal on his indulgence, he promised the sisters tickets to an OSU game this season.

It’s difficult to find money to operate the facility that’s home to 74 residents, Sister Cecilia said. Most months are run at deficit.

“We’re very lowly, humble people,” she said. “We take of the poor and try to reach out to get support. This has opened whole new doors for us.”

Sister Cecilia should have held out for a spot on the Bucks’ schedule.