Kinky!: Studying for the Bar Exam 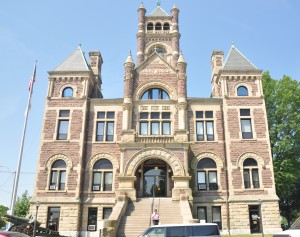 The bar review:  nothing this side of an oncology service waiting room matches the tedium coupled with fear of the eight to ten weeks before the quiz.

Son Jotham is doubling his pleasant June and July, preparing for the New York Bar (and passing it!), with a wonderful January and February, studying for the Massachusetts Bar.  He sent along this question from BARBRI’s ‘Epstein on National Contracts’:

I make the following promise to you: “Stop listening to records by Kinky Friedman (www.kinkajourecords.com) for two months and I’ll pay you $100.”  You don’t listen to Kinky Friedman records, not “Asshole from El Paso”, not “Why Did You Bob Your Nose, Girl”, not “They Ain’t Makin’ Jews Like Jesus Anymore”, not any of his other “classics”.  Notwithstanding your “forbearance”, I don’t pay.  You sue for breach of contract.  Is there consideration, i.e., bargained-for legal detriment for my promise to pay you $100?

Now that’s funny!  Except for the bar candidate.

The 30 seconds you spend laughing, breaks your focus.  What clues to the contract question could the song titles and the hyperlink hold?  Another 90 seconds disappear as you parse them, maybe laugh some more.  The time you could have been writing ebbs away.

So, it’s a damn good question:  Did you learn what you should have in three years of law school.  The second sentence and the hyperlink are calculated – obvious – misdirection and distraction.

Still for those of us who’ll never face another bar exam, it’s pretty funny.