Maine Gov. Paul LePage is the former mayor of Waterville where he earned a reputation for bluster and brawling (behind pay wall). LePage, The Boston Globe reported on March 7, has proposed ‘…a plan to streamline state environmental protections, eliminating or reducing more than 60 regulations on pollution and development.’ 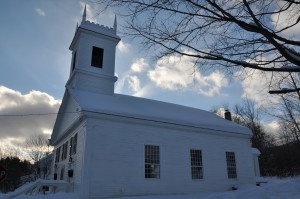 Variations on LePage’s program are found in Florida and other states. They sound like the usual ‘pro-business’ proposals to reduce regulatory burdens. Most are presented as bringing ‘balance’ to environmental regulation that has tilted too far towards protection and away from development.

But, their context reveals there’s much more lurking in  the current proposals.

The US Environmental Regulatory System

The federal environmental statutes – the Clean Air Act, the Clean Water Act, etc. – rely in large part on the states to enforce them.

When first enacted in the 1970s, Congress recognized it would be logistically, fiscally and politically impossible to lodge all enforcement at the federal level. It is an imperfect description, but the federal regulations set standards within which the states work. Federal regulators provide back up for state enforcement.

The cuts proposed by House Republicans to US EPA and other federal environmental entities – only the latest and most severe in a two decade string – will curtail generally enforcement of existing regulations.  Coupled with state actions, such as LePage’s, limiting environmental enforcement, one can see the shape of a new national environmental policy.

The states also can regulate in areas the federal government hasn’t pre-empted.

One of LePage’s targets is Maine’s 2008 Kid-Safe Products Act which regulates products containing bisphenol A (BPA). The Bangor Daily News has reported:

…LePage said he has yet to see enough science to support a ban on BPA, a common additive to plastics that some research suggests may interfere with hormone levels and could cause long-term problems.

LePage said until scientists can prove BPA is harmful, the state should not rush to restrict its use. “Quite frankly, the science that I’m looking at says there is no [problem]….”

LePage then added: “The only thing that I’ve heard is if you take a plastic bottle and put it in the microwave and you heat it up, it gives off a chemical similar to estrogen. So the worst case is some women may have little beards.”

The states retain much – though not total – control over land-use regulation, zoning and the like. Florida’s Gov. Scott proposes 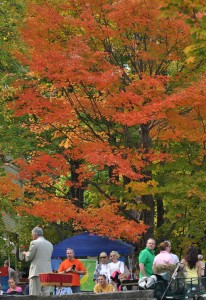 …to eliminate funding for the state’s land conservation program, Florida Forever, and to drastically downsize the state agency in charge of managing sprawl, the Department of Community Affairs, by slashing its budget from $779 million to $110 million, according to Sarah Bucci, a field associate with the advocacy group Environment Florida.

Using budget decisions to eliminate enforcement and programs avoids the policy debates, hearings and potentially damaging (politically) votes to repeal statutes with much public support. The statutes remain but unenforced or unimplementable.

LePage’s spokesperson, Dan Demeritt, defended his program:  “The governor is not suggesting we turn our backs on what makes Maine great. It’s about finding middle ground and the right protections, and why it takes a million dollars to get a project approved.’’

Demeritt’s lines are as familiar as those The Globe quotes from outraged environmentalists. The ‘middle ground’, ‘balanced’ environmental policies: code words of the ‘pro-business’ resistance to regulation dating to the late 1970s.

But the last two paragraphs of the article offer something new:

In private, even some Tea Party members admit they have tired of LePage’s headline-grabbing public statements, said Andrew Ian Dodge, the Tea Party’s former Maine coordinator, who recently announced his plan to run against [Republican] US Senator Olympia Snowe in 2012.

“But if he delivers the goods, they will put up with it,’’ Dodge said. “The reason the environment is at the core of the Maine economy is because other industry has been driven out by taxation and regulation. . . .   Something radical has to be tried.’’

It is being tried from Maine to Wisconsin, from Ohio to Florida. Does the silence from businesses mean they agree?