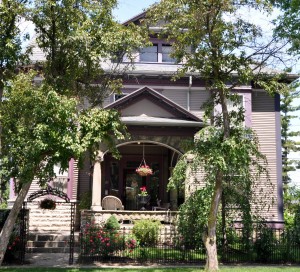 Could there be two fun flicks on fiduciary responsibility?  Astonishingly, the answer is ‘yes’, sort of.

I hadn’t read much about ‘Win Win’ before I saw it.  After about 10 minutes, I thought I was in for an uncomfortable tragicomedy.  I was wrong.

Mike Flaherty, a small-town New Jersey lawyer, played by Paul Giamatti, is so desperate for fees he takes on the guardianship of a mildly demented old man who wants to remain in his home – something he assures the court will happen.

After a brief taste of his new duties, Flaherty consigns his new ward to an extended care facility.  In the legal profession, this is known as a ‘kiss-your-license-goodbye’.

But this is a story in which Flaherty ultimately does what’s right, and everyone gets what they want, if not deserve.  The old man keeps his home and gains a loving family.  Flaherty’s family expands by two – the old man and his grandson – and continues its happy life.  The court gets what it ordered.

And, the old man’s junky daughter from Columbus gets the lawyer’s fees to spend on drugs.  Played by Melanie Lynskey, she is the only unconvincing character in the movie – far too nice, clean cut.  The rest of the cast – especially Amy Ryan as Flaherty’s wife and Jeffrey Tamboor as his friend and assistant wrestling coach – is accomplished and believable.

This is a very nice movie about mainly nice people.  The gross breach of a central fiduciary duty leads to happy results for all.  Dostoevski would not have written it this way.

If everyone in ‘Win Win’ is someone you might know, no one is in ‘Nothing But The Truth’.

Start with Gwen Saunders (Paulette Goddard), a Miami Beach socialite who’s raised $10,000 for a children’s home but promised $40,000.  She gives the cash to Steve Bennett (Bob Hope) whom she has just met and who is in the first minutes of his new job as a broker in her uncle’s firm.

Instantly in love/lust, Bennett promises to invest the money – doubling it in three days – so Saunders’s Uncle Pudgie (Edward Arnold) will fulfill his pledge to match what she’s raised.

Hope gets his chance to make good when he bets the $10,000 with Uncle Pudgie that he can tell nothing but the truth for 24 hours.

He cannot even indulge the small social lies everyone tells everyday.  ‘You look so well, Mrs. Van Dusen,’ he can’t say to a social dragon at dinner.  Nor can he flog to a firm client the worthless La Paloma Quicksilver preferred Uncle Pudgie wants his portfolio rid of.

And that’s as much of the plot as makes the slightest sense.

The 91 minutes spin by like 60.  The dialogue is hysterical.  In the end, Bennett gets his girl.  Saunders gets her money – the children home’s money.  Uncle Pudgie learns a lesson, sort of.  And all can return to lying.  The world turns right side up.

For those who only know Bob Hope from his dreary, political later life, this movie is a revelation.  One might expect the wit and speed, but his physicality is a surprise.  Without dancing a step, he shows his origins as a vaudeville hoofer.

To be enjoyed, most comedies from the mid-30s to late-40s require a Masters in the American popular culture of the period.  It’s why the fondly remembered Bob Hope/Bing Crosby ‘Road’ movies are nearly unwatchable.

Not so ‘Nothing But the Truth’.  Apart from an obscure joke about President Roosevelt changing the dates of holidays, it’s almost timeless.

There’s an hilarious scene – maybe 10 seconds – of Hope in a grand dame’s silk dressing gown walking down a hallway toward the camera.  It’s only slightly funnier when you know that Hope’s appearance and mincing walk spoof Jack Benny’s drag scenes in ‘Charley’s Aunt’ (1941).

These are two movies that will amuse the fiduciaries in your family.  ‘There but for the grace of God….’