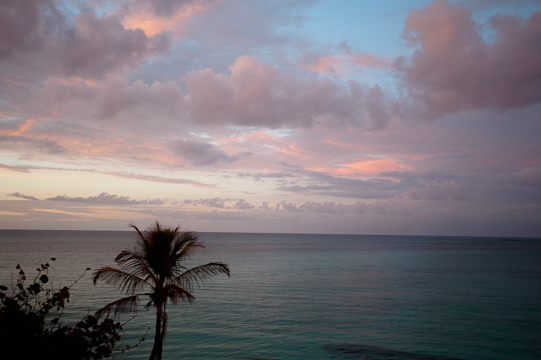 ‘Worse Things than Dying’: What We Now Know

My mother shut off topics that approached her well-defended borders of propriety.  Her eyes would slowly rise above the lenses of her half glasses to meet the speaker’s.  ‘Do I really need to know this?’ she’d ask with gentle disdain.

Today, we know more about American justice than we have ever wanted to.  And, yes, we do need to know ‘this’.  A lot depends on whether you act on it.

The news from Freguson and Cleveland and Staten Island; the US Senate torture report: I keep hearing a song in my head.

In Eric Bogle’s ‘And the Band Played Waltzing Matilda’ (1971)[1], a young Aussie had ‘lived the free life of the rover’.

And he ‘sailed off for Gallipoli’[2], the biggest botch by the British in WWI.

For ten weeks, he endures the shelling.

Then a big Turkish shell knocked me arse over head,
And when I awoke in me hospital bed,
And saw what it had done, I wished I was dead.
Never knew there was worse things than dying.

‘Never knew there was worse things than dying.’  From early childhood, that was not a delusion from which I suffered.

At the center of St. Clairsville, Ohio, stands the Belmont County Courthouse and next to it, the old county jail.  At the curb in front of the jail, a bronze plaque noted the National Road had ended there in 1825. That may have been the first irony to pierce my 50s childhood.

The front two-thirds of the jail was a three-storey, redbrick late Victorian house holding the jailer’s residence and behind it, the sheriff’s office.

The brick building had been attached to an older three-storey sandstone jail.  It lacked anything that softened its exterior.  The cellblock dated, I’d guess, to the 1860s, its yellow-brown sandstone blackened by decades of coal smoke.

From outside, all one could see were an occasional bare-bulb piercing, but not dispelling, the darkness.  A glance through the small barred window in the door leading to the jail from the sheriff’s office confirmed the impression.

Standing outside the thick door, the smell of human effluvia mixed with institutional-grade disinfectant would overwhelm my mind, already anxious from the walk up the steep steps.  The courthouse blocked the prevailing west wind from passing through the jail’s windows.  It had no north or south windows, no exercise yard.

The jail was eerily quiet.  In the eight years I passed it every day, I heard a male voice emerge from it maybe twice.  Not more.  What did the jailers do to maintain that silence?

The one human sound from the jail I’ll never forget came from the mother of a schoolmate, the jail cook.  A group of us, paperboys waiting for the afternoon drop off, were racing our bikes, shouting to hear our echos as we passed between the jail and the courthouse.

She emerged from the darkness of the jail, shaking her finger, ‘You don’t want to be here!’  I wonder if my fleeing pals took the double meaning I did.

Fifteen years later, a habeas corpus case took me to the Lebanon prison farm, then regarded as the Ohio system’s Canyon Ranch.  It was cleaner, airier, noisier than the Belmont County jail.  But the barbed wire and bars, the smell and the wrongly imprisoned 22-year-old I was there to interview….

‘…There was worse things than dying.’

The title of a superb and superbly written article on the Atlantic’s blog (Dec. 6, 2014) asks, ‘Does an Innocent Man Have the Right to Be Exonerated?’ If that were the only, or even the real, question Marc Bookman set out to answer, ‘no’ and its explanation wouldn’t hold your attention, though it would give rise to a moment of outrage.

Instead, Bookman tells the epic story – but one lacking an ending – of Arizona v. Youngblood (1988).  Most stories of US Supreme Court cases end with the Nine’s opinions.  But this one for a quarter century has limited the ability of criminal defendants to test the evidence of the crime of which they’re accused – and even to access it in the first place.  Youngblood is a key part of the mosaic of distrust created since the Nixon Administration in the name of getting tough on crime.

Youngblood began on Oct. 29, 1983, with the rape of an already troubled 10-year-old boy.  The Tucson police failed to test the semen on the victim’s body and clothes.  They also failed to refrigerate the clothes which meant the tests of the time could not be done later.[5]

Weeks afterward, a sketchy identification process yielded Larry Youngblood as the prime suspect in the rape.  A jury ‘took only 40 minutes to convict him of child molestation, sexual assault, and kidnapping.’  He was sentenced to 10 ½ years in prison.

His defense had proved inept except on one crucial point.  It had offered expert testimony that had the Tucson police followed standard procedures and refrigerated the victim’s semen-stained clothes, Youngblood would have had an opportunity to establish his innocence using the tests available in 1983 which did not include DNA.

On this ground an Arizona appellate court threw out his conviction.  The US Supreme Court agreed to hear the case.  It reversed, stating.

In this case, the police collected the rectal swab and clothing on the night of the crime; respondent was not taken into custody until six weeks later. The failure of the police to refrigerate the clothing and to perform tests on the semen samples can at worst be described as negligent. None of this information was concealed from respondent at trial, and the evidence — such as it was — was made available to respondent’s expert who declined to perform any tests on the samples. The Arizona Court of Appeals noted in its opinion — and we agree — that there was no suggestion of bad faith on the part of the police. It follows, therefore, from what we have said, that there was no violation of the [US Constitution’s] Due Process Clause.[5]

Reread the second sentence in the quotation.  Isn’t this just the sort of process we have a right to expect police to use to exonerate and to find a rapist and a prosecutor to convict the guilty?  Can you imagine either a victim or an innocent accused who’d as airily dismiss this as ‘negligence’?

The case returned to the Arizona Court of Appeals which reaffirmed its holding based on the Arizona Constitution.  But the state Supreme Court reversed, following the US Supreme Court’s logic.  So, in 1993, Youngblood began his 10 ½ year sentence.

For those, like me, who’ve followed The Boston Globe’s coverage of the fates of convicted paedophile priests, imagining Youngblood’s next five years takes little effort but a strong stomach.  He was released in 1998 and re-imprisoned for failing to report his new address as a sex offender in 1999.

At that point, Youngblood’s luck turned.  The Tucson police had saved the victim’s semen-stained clothes.  Now DNA testing could establish Youngblood’s innocence, which it did.

Youngblood had to waive all his rights to sue the state to finally gain his freedom in 2000, more than 16 years after he was arrested for the rape.  He died, homeless, of a drug overdose in 2007.  The victim stepped in front of a train in 2009 after a life of addiction and incarceration.  DNA identified the real perpetrator and led to his conviction in 2002.

No defendant is entitled to a perfect trial.  But Youngblood’s was some leagues from perfect, as Bookman eloquently shows.

For police, prosecutors and courts (with the notable exception of the Arizona Court of Appeals) to assert that Youngblood got the process due an accused paedophile shocks the conscience.  The fates of Youngblood and the victim and his family were ‘worse than dying’.

So, too, have been the lives affected by the government’s subsequent ‘good faith’ disposals of evidence.  Notes Bookman:

But did the Court’s decision have widespread consequences, beyond the years Youngblood himself spent in prison? Apparently so. In 2007, the Denver Post ran a series of articles detailing lost and destroyed evidence that left thousands of accused and victims alike without recourse to scientific testing. In 1992, the NYPD destroyed massive amounts of evidence to make room in its warehouse, which was nearing 100 percent capacity; the same space limitations caused Houston’s police force to destroy rape kits through the 1990s; and between 1991 and 2001, New Orleans purged evidence for 2,500 rape cases.

Yesterday’s release of the summary of the Senate’s report on the post 9/11 roundups of terror suspects may focus on unsympathetic (to Americans) victims.

But as with Youngblood, what gnaws at the belly like a Goya monster is knowing the torturers, their superiors up to and including the President, and complicit courts ok’d ‘harsh interrogation techniques’ in jails whose existence is still denied.

This isn’t about ‘bad cops’ or even bad judges.  It’s about a bad system.  It’s about the wearing away of civic trust among our people.

Youngblood and the other ‘tough on crime’ holdings, the torture revelations since 2003, and popular culture expressed in characters like 24‘s Jack Bauer make plain it’s nonsense to say, ‘It can’t happen here.’ It has happened here.  It is happening here.

We can’t plead in Eric Bogle’s words, ‘Never knew there was worse things than dying.’