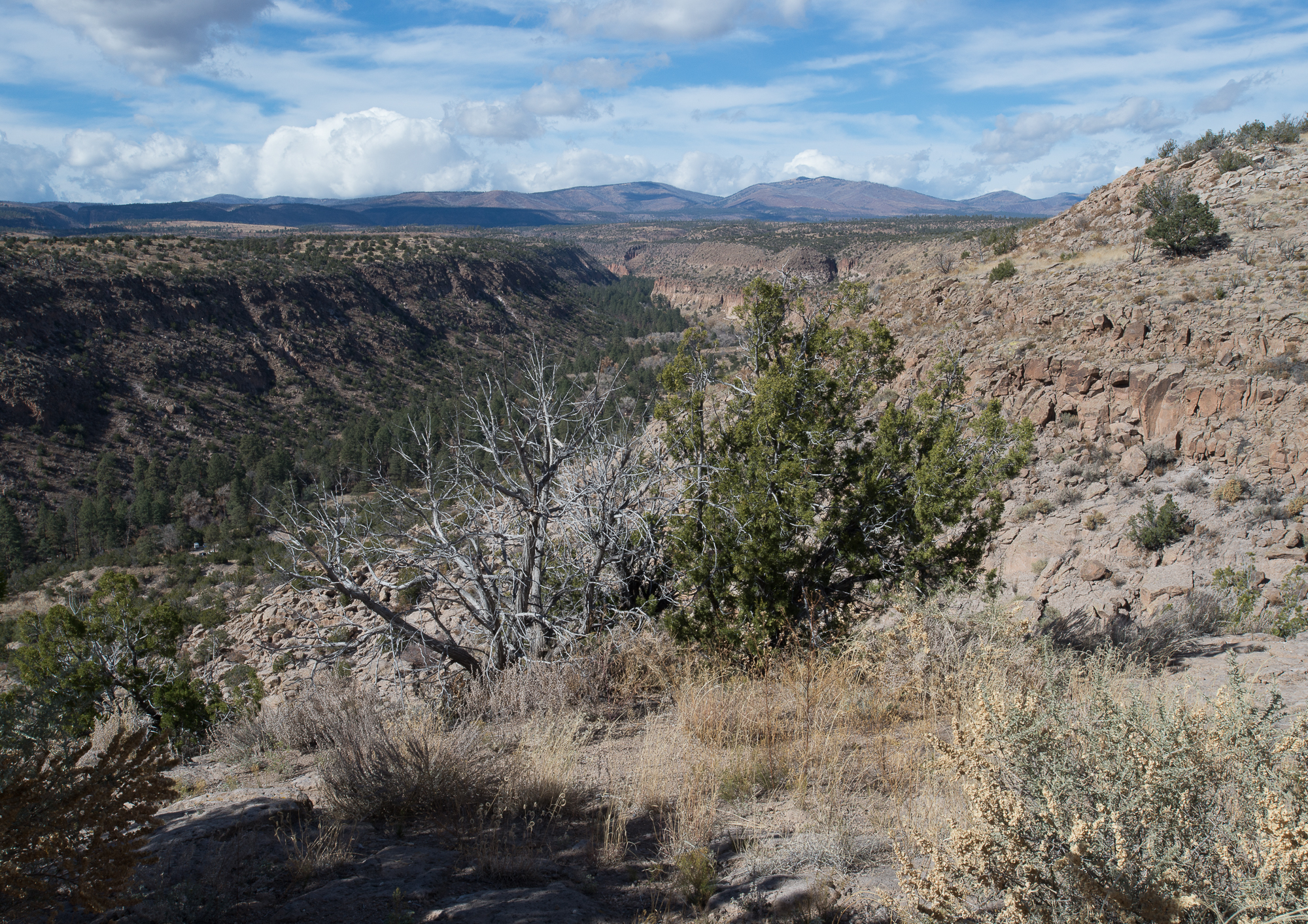 The African Slave Trade of Old & Us Today

Publisher’s Note: The Episcopal Diocese of Connecticut observed a ‘day of awareness’ of the Anglican Church’s complicity in and profit from the African slave trade.  This homily by my friend and high school classmate, the Rev. Erl G. Purnell, stunned me when I read it a couple of weeks ago.  With his permission, I’m sharing it here.

“Most merciful God, we confess that we have sinned against you in thought, word, and deed, by what we have done, and what we have left undone…” –Book of Common Prayer (1979)

On this Diocesan-wide Day of Awareness about the church’s complicity in and benefit from the trans-Atlantic slave trade and its aftermath,  its seems only fitting to begin with those words from the Confession.

Certainly slavery was a grievous sin. Although you and I were not active participants in what happened, we are inheritors of the legacy – a legacy of being party to the economics of slavery, if not as relatives of slaveholders, and for some of us, a legacy as slaves.

I begin this morning with my own family. In 1635, or thereabouts, Thomas Purnell, perhaps aged 16, arrived in the Virginia colony  from either Scotland or England. There is some thought that he was an indentured servant for six years, not an uncommon way to begin life in the colonies.

He may have been a Presbyterian. In any event, at his death, he was a member of the Church of England. His wife’s name was Elizabeth and they had two sons, Thomas, Jr. and John, and two daughters, Sarah and Elizabeth.

In the ensuing years, my distant grandfather acquired nearly 3,200 acres of land on the eastern shore of Maryland. He died in his mid-70s in 1694 and, by 17th Century standards, was one of the wealthiest and most prominent members of the planter elite, reportedly,  patriarch  of Worcester County’s greatest family.

Thomas Purnell raised livestock – cattle, sheep, and pigs – on his plantations, slaughtering the animals for meat production which he sold locally or consigned to Barbados through Scottish or English merchants. Curiously, there is no record of Thomas Purnell growing  tobacco, a highly profitable cash crop. By any standards, Thomas Purnell worked hard and did not lead an easy life.

He owned three books-The Holy Bible, a Book on Divinity, and a third book – which is to say he was not only a literate but also a religious man.

Among this distant grandfather’s most valuable possessions were “5 negroes young and old.” Thomas Purnell owned five slaves at a time when most planters in his area did not own any. Those who were able to afford slaves owned one or two at most. Possession of five slaves valued at £98 – 1/5 of his total wealth – dramatically increased the value of his estate and established Thomas Purnell as an extremely prominent man. And clearly, slaves provided the majority of the labor on Thomas Purnell’s estate.

I am not proud to tell this part of the Purnell family  history.  And, in the centuries following Thomas Purnell’s start in Maryland, there must have been scores of other slaves owned by my family members. Indeed, I’m not surprised that the “Purnell” surname is a most common one among African-Americans in the south.

From the personal to the national. In his letter to his friend Phileomon, Paul petitions for the slave Onesimus to be received as a Christian even if he is still a slave. Paul never thinks to ask his friend to free Onesimus. Elsewhere throughout the Hebrew scriptures and in the New Testament, slavery is not only tolerated but endorsed.

During the 18th  and 19th  Centuries, bold abolitionists like William Wilberforce in England, Americans John Greenleaf Whittier and Harriet Beecher Stowe, freed slaves like Frederick Douglass and Sojourner Truth, forced the abomination of slavery into  consciousness.  And yet, the resistance to change was huge.

Although cheap immigrant labor – from Ireland especially in the 1820s and ’30s – filled the factories of Fall River, Lowell, and New Bedford, the system of forced servitude remained central in the south. To imagine that immigrants would  replace slaves in the cotton and tobacco fields of Virginia, South Carolina or Georgia was naïve at best and down right stupid to many.

Sadly, pulpits throughout the South, members of Congress, and prolific speakers in the public forum  argued in support of the institution of slavery. To them, slavery was both morally and economically condoned and supported by Scripture, tradition, and reason.

It’s interesting that, in 1803, Haiti was the first western nation to abolish slavery. The United States, as we all know, fought  a bitter civil war sixty years later to wrench slavery out of the economy and society. The fight was moral and economic. But it was much more complicated than time allows for discussion this morning. Be that as it may, even now and in spite of the civil rights movement of the 1960s, the legacy of slavery in the form of racism continues in this 21st Century.

Now, from the national to the local. Here in Simsburytown, and in the broader environs of Windsor  and Suffield there were slaves, forty-nine to be exact according to the 1790 census.

While slaveholding was fairly uncommon in our area, there was an indirect connection with the institution of slavery. Connecticut was an important player in the West Indies trade, shipping produce (fruits, vegetables), dairy products (cheese, butter), lumber products (barrel staves, timber, shingles) and livestock to help support the slave-based plantation economies of the sugar-producing islands.

Returning cargoes consisted primarily of sugar in various forms (rum, lump sugar, molasses), with  a smattering  of other cargoes (fruit, cotton,  coffee, salt).  Occasionally a vessel also returned to Connecticut with small numbers of slaves on its cargo manifest. As part of the system, farmers supplied local merchants with exportable commodities, who then arranged shipping out of Windsor, Hartford and other Connecticut River ports.

The so-called “triangular trade” aspect of the West Indies trade, which involved shipping slaves from West Africa to the islands, was another side of the transatlantic commercial pattern of the 18th and early 19th centuries.

Recent research suggests that some Connecticut merchants and ship owners were more active in this arena than previously thought.

Slaves in our area were typically house-servants or farmhands. With the exception of one owner in Windsor (and a few in Suffield) most slave owners had only one or two slaves. By contrast, there were larger plantation-scale agricultural operations in southeastern Connecticut that might have had dozens of slaves at work.

If there is one question I’ve answered a hundred times at Old St. Andrew’s, it’s this: Why don’t we use the balcony? My answer is that you can’t see a thing from those crude, hard-back benches. For years, I’ve assumed that the balcony was built more in the style of the New England Congregational church rather than actually to seat parishioners. And, that’s probably true. Yet, who might have sat up there? Servants? Maybe. Slaves. Probably.

My experience of this sacred space is profoundly changed by that thought. I shudder to imagine that some human  beings who have heard the lessons and sermons here at St. Andrew’s Church  were owned by other human beings.

Although the direct evidence is scant, but because of the more general historical record, it is fair to say that past members of this parish have, in thought, word, and deed, been complicit in and benefitted  from slavery and the slave trade. What has been done and left undone is unconscionable and a sin against God and humanity.

On this Sunday, throughout Episcopal Churches in Connecticut and across the country, we are considering our historical culpability by way of becoming more aware. Awareness is always a good thing. As Bishop Smith says, “I pray, of the inequities among the races with  which  we still live, and by God’s grace, we may chart a course toward equality under God for all peoples with renewed humility and vigor.” Yes, none of us can condone for one moment our history of slavery and the intolerance  of racism.

“For the sake of your Son Jesus Christ, have mercy on us and forgive us…”