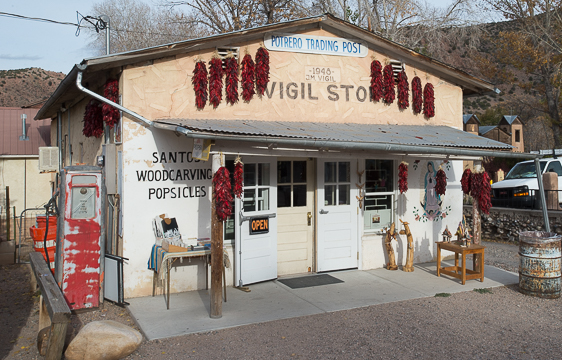 ‘Leave it to the Chinese’: US Security Today

‘Leave it to the Chinese to secure the White House, the US Capitol, most US Airports and international borders.’  That headline on an eTurboNews.com release on Feb. 1 grabbed my attention.

The unattributed post appears to be a press release from DJI, a Chinese technology company that manufactures drones, with an arresting intro tacked on by eTurboNews.  Nothing like the eTN headline and opening appears on DJI’s website, so far as I could see on Feb. 2.

The inflammatory lede reminded me I hadn’t finished a post I started after three weeks over the holidays seeing the Chinese influence in The Bahamas.

The Chinese presence today in The Bahamas does not produce in Americans the existential dread the Soviet did in Cuba five decades ago.  It should, albeit for different reasons.

Just 56 miles from Palm Beach Chinese investment capital is transforming our nearest Caribbean neighbor.  As Americans watch their roads and rails crumble for want of investment, a flood of yuans is creating a global infrastructure for the goods China needs and the products it sells.

Coming in for a landing at Nassau’s Lynden Pindling International Airport, China’s presence is visible in the beige towers capped by Forbidden City-style penthouses and concrete pennants 4.7 miles to the northeast.

Due to open in March, the $3.5 billion Baha Mar casino resort project is financed mainly by the Import-Export Bank of China and was built largely by 4000+ imported Chinese workers.  The new $1.5 billion in downtown Nassau redevelopment project centered on the British Colonial Hotel will be Chinese financed but Bahamian built.

The national investment in this building boom targeted at the resort and flight capital markets has not reduced the murder rate which last year passed 122 in a population of a bit under 380,000.  (I wrote about that last week.)  Nor have a much-improved airport in Nassau and a good road leading from it to the barrier road around Baha Mar.

No one seems to think The Bahamas’ books are in anything but horrible condition.  A tax reform scheme launched Jan. 1 centers on a 7.5 percent value-added tax (VAT), a sales tax that covers virtually every transaction in its 700 islands.

Widely, if not entirely accurately, blamed on the World Trade Organisation (requiring lower duties on imports) and the International Monetary Fund (demanding more security for its loans), it is too early to tell whether the VAT is as regressive as it feels.

So, I find it difficult to wholly blame the Bahamian government for pursuing money where it can find it.  Beijing has its window open.

A Bahamian commentator, Latrae Rahming, whose financial interests are declared, wrote as the New Year dawned:

The United States or China?  For The Bahamas, that is now the primary strategic question. …[One] represents the future and the other the past. …[The] Latin America and Caribbean “center of gravity” is shifting toward China, and The Bahamas needs to respond.[1]

On January 5, the front page of The Punch, the Bahamas’ best tabloid, headlined ‘PM Set to Seal Sale of BEC and B-Air to China!’  (Behind paywall.)  BEC is Bahamas Electric, the state-owned utility, and B-Air, Bahamas Air, the state-owned airline.

Prime Minister Perry Christie was then in Beijing.  While the PM didn’t sell the airline and the utility, China did agree to make The Bahamas the second North American trading hub, after Toronto, for its currency.

During the Cold War, we feared, first, Russian missiles heaved from launch pads in Cuba, then, proxy wars fought by Cubans in places like Bolivia and Angola.  Just 90 miles from Key West lay festering, contagious Cuba.

The Communist regime 90 miles from Key West rallied Cold Warriors and greatly concerned the American middle for two generations.  The Chinese economic invasion of the Bahamas puts them 62 miles from Miami.

While the Chinese expand their investments and their logistical networks, Congress fights over ‘internal improvements’ most thought the Civil War settled.  ‘From the shores of Tripoli/But not to Mississippoli’ as Tom Lehrer croaked 50 years ago in ‘Send the Marines’ in a not altogether different context.

Our failure to invest in ourselves or to create strong, positive relationships (non-military) with the countries to which the Monroe Doctrine applied bodes ill.

The major visible North American presence in Nassau:  blue signs bearing the letters in gold ‘RBC’.  That brought to mind a wonderful story – with a clear contemporary application – told by Daniel Okrent in his must-be-read Last Call: The Rise and Fall of Prohibition (2010).

Then there were losers [in the repeal of Prohibition] who realized some new ideas and new energy could make them winners again.  After his friend Franklin Roosevelt assured him that Prohibition was about to end, the governor general of the Bahamas issued a new challenge to his executive council: “Well, gentlemen, it amounts to this – if we can’t take [illegal] liquor to the Americans, we must bring Americans to the liquor.”  Thus, the Bahamian tourism industry – helped along by the Royal Bank of Canada, which had used the rum trade, a Bahamian commentator wrote, to establish a foothold in the Caribbean that stretched “all the way from Montreal to Belize.”[2]

Let RBC be an inspiration to us – before it’s too late.  Otherwise, eTN will prove prophetic.  Our security will be in Chinese hands.